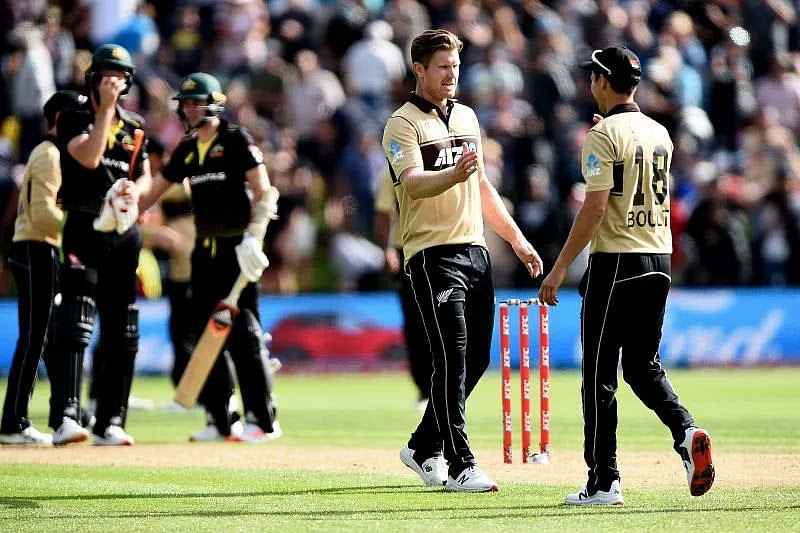 NZ vs AUS 3rd T20: After enjoying 5 days break, New Zealand and Australia are ready to take on the. But a lot has changed in the country since that match.  The final T20 will be played behind closed doors and most importantly, the remaining matches are to be played in Wellington. The first two T20I’s had gotten a huge response from the crowd but such are the times that a single COVID-19 case in Auckland has put the whole country on red alert.

However, this will not keep both teams away from quality cricket in between. New Zealand comfortably won the series, while Australia held them to a huge score of 220 runs, courtesy of the second game of Marcus Stoinis, stopping them at just under four runs. It is a game of victory for the spectators and unlike other pitches, Westpac Stadium does not seem to be extremely flat which should give the Australian bowlers some relief.

On the other hand, New Zealand may be looking to seal the series after a clinical performance first. However, management would be a little worried after Australia was allowed to make a comeback despite Stonis dominating the proceedings until the attack. The Kiwis will expect a better effort at the end of the innings with the ball.

Wellington’s Westpac Stadium last hosted a T20I in January 2020 when India toured the Kiwi country. However, if the matches during Super Smash 2020-21 are to be considered, either team scored over 200 in the last five T20 matches with an average first innings score of 163 runs. The chasing teams won four matches that would inspire the captains. After winning the toss, get on the field first.

Tim Seifert – New Zealand
Tim Seifert was brilliant against Pakistan and in the Super Smash series. But the furious batsman is yet to fire in this series. 1 and 3 are his last scoring runs in two outings, Seifert will be keen to grabs the chance and must be eager to perform in the last T20I.

Aaron Finch – Australia
Martin Guptill found his rhythm in the last game after a long period and Australia skipper Aaron Finch would look to take inspiration from him. It’s been a long time, Finch’s bat is quiet and the man doesn’t have much to show in terms of numbers in 2021 in the shortest format. With social media trolls and threats to him and his wife also making headlines, this is the perfect time for Finch to respond to all critics and keyboard warriors.

The prediction is for Australia to win the match and pull one back on New Zealand.

It’s been a year since the last T20I hosted at the Westpac Stadium in Wellington when India toured the Kiwi country. However, if you consider recent matches of Super Smash 2020-21, the average score of the first inning is 160-180. Not a single occasion team gone past in excess of 200 in the last five matches played at this ground. Out of those, the chasing teams won four of those matches, which means it’s a win the toss and bowl first wicket.

Disclaimer: This prediction is based on the understanding, analysis, and instinct of the author. While making your prediction, consider the points mentioned, and make your own decision.

Note: Updated Fantasy teams and Playing XIs of every match will be provided in our Telegram channel if the information is available.